This token pack is aimed at players and game masters who wish to recreate the Second World War in their role-playing group. The pack contains a number of American Paratroopers, American soldiers, artillery, transport vehicles, everything you need to start your Allied token collection.

Contained within this package are the following character sets: 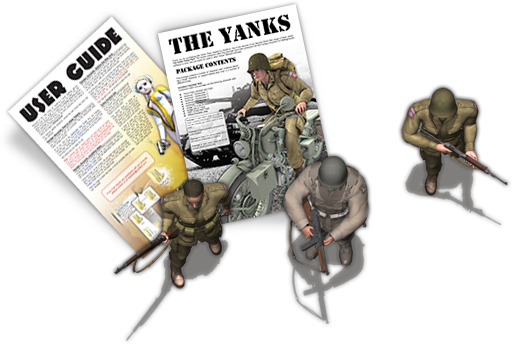 Design Notes: Included in the pack are 4 paratrooper token character sets, why so many?

IMPORTANT: This token pack is for use with programs such as Fantasy Grounds II or Battlegrounds. This is not a stand along game, but a gaming aid for use in virtual tabletop role-playing software.

Get this token pack at DriveThruRPG.com